Welcome to the online home of
Dragon Broadcasting at LOHS! 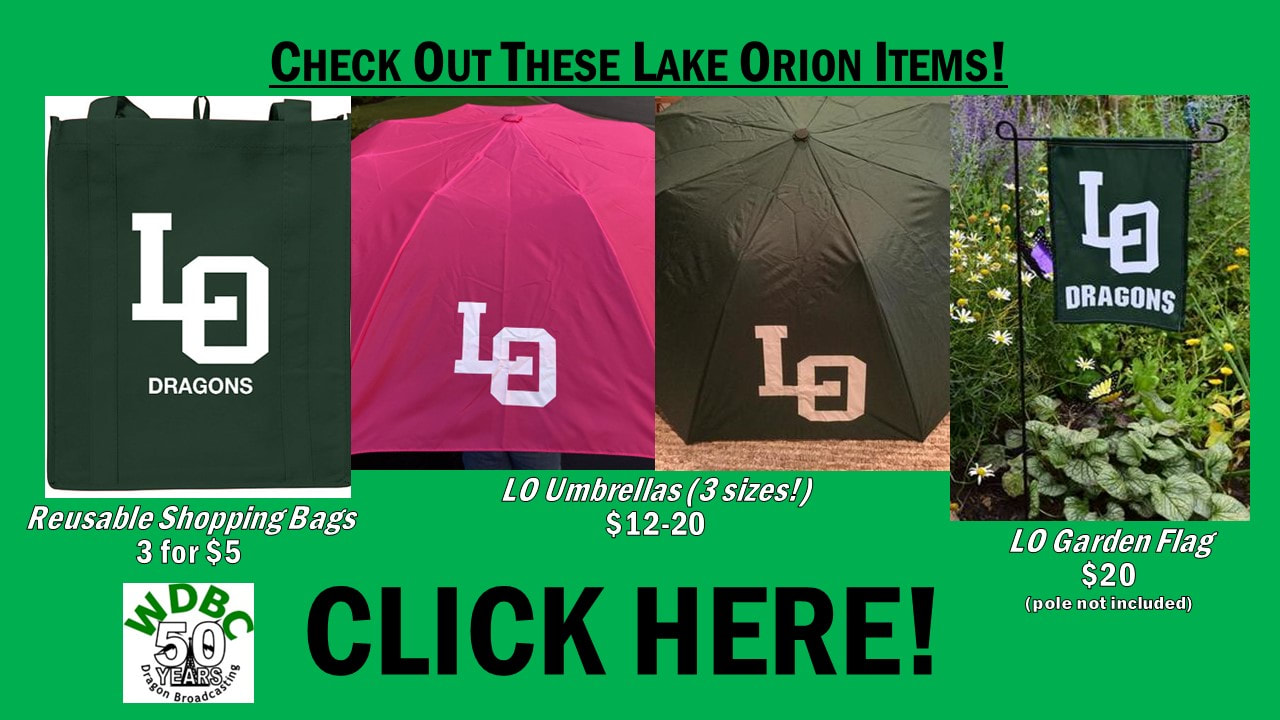 3/1/22: Our program was officially named a member of the "NFHS Founders Club", which recognizes the "Top 50 broadcast programs".  We're one of only 2 members in Michigan to be named to the Founders Club.

5/23/19: We were awarded "Best Overall Program" in the NATION by the NFHS Network!  We are very humbled by this recognition, and we know there are MANY great programs out there.

5/21/19: LO-AM was named the "Best Newscast" for 2018 by the Michigan Interscholastic Press Association!

5/8/19: We were named "Broadcast Program of the Year" by the Michigan High School Athletic Association.  The selection was made based primarily on the quality of our live broadcasts of sporting events.  This is the first time we've achieved this recognition, and we're only the second school to do so.  Our friends at Montrose High School won this award for the last 4 years.

5/1/19: Jenna Gaylord won a $1500 scholarship at the 2019 Courageous Persuaders Awards for her anti-drinking PSA, "That Girl".  4 other PSAs produced by LOHS students were selected in the top 60 of this national competition.

4/27/19: Two of our staff members had their work selected as "Best of Show" at the 51st Annual Michigan Student Film Festival. Emily Penrose and Tyler Battershell each got to see their videos shown on the big screen at the DIA's Film Theater.

4/25/19: The Orion Community Cable Communications Commission awarded our program a grant of nearly $20,000 for a fleet of new cameras for our Television Production Workshop class.  We thank the Cable Commission for their continued support of LOHS Dragon Broadcasting!

4/23/19: WDBC Dragon Broadcasting won a 2018-19 "Spartan", the top annual honor in the state!  Senior Jenna Gaylord was named one of the top 15 student journalists in Michigan (across all platforms/publication types).  And, our students took home 43 individual awards, including 9 first places in individual categories.

5/31/18: LO-AM was named the "Best Newscast" for 2018 by the Michigan Interscholastic Press Association!

5/16/18: Nearly 100 of our Television Production Workshop alumni gathered for the first-ever "Alumni Day".  Watch ONTV's story about the event HERE.

4/23/18: In addition to being inducted into the Michigan Student Media Hall of Fame, WDBC Dragon Broadcasting won a 2017-18 "Spartan", the top annual honor in the state!  Senior Ian Gilmour was named the "All-MIPA Video Journalist", which is the top individual honor given to one student in Michigan each year.  And, our students took home numerous individual awards, including 11 first places in individual categories. Read more about the Hall of Fame induction HERE.

12/5/17: WDBC Dragon Broadcasting wins a 2016-17 "Spartan"!  The Spartan is the highest award given by the Michigan Interscholastic Press Association.  This is our 9th Spartan in the last 10 years, and that means our program will be inducted into the Michigan Student Media Hall of Fame on April 23, 2018!

8/14/17: WDBC is named one of 100 "Elite" broadcast programs nationally by the NFHS Network.  The award is based on work produced during the 2016-17 school year.  This is the second year in a row our program has been given this distinction.

5/22/17: LO-AM was named the "Best Newscast" for 2017 by the Michigan Interscholastic Press Association!

4/13/17: The Orion Community Cable Communications Commission awarded our program a grant of nearly $90,000.  This grant pays for a new master hub in our controlroom (think of it as the nerve center) and some associated equipment (including cameras and other gear). We thank the Cable Commission for their continued support of LOHS Dragon Broadcasting.
Proudly powered by Weebly